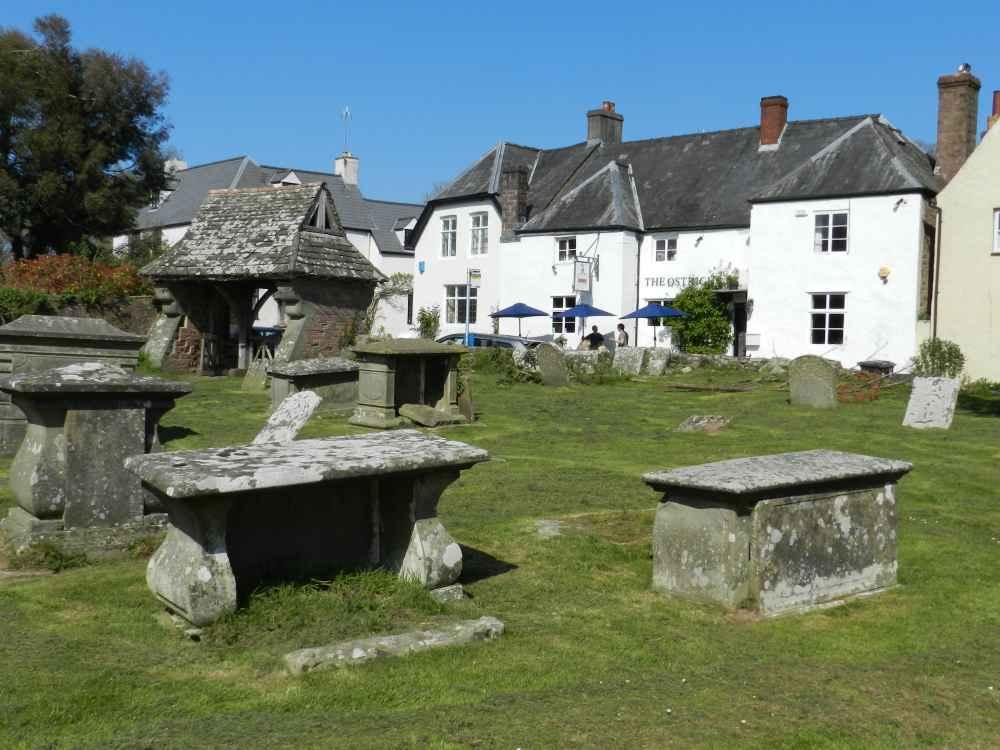 Lych Gate of All Saints, Newlands, a medieval church known as the "Cathedral of the Forest" (of Dean), where William ROBERTS of HOLDER's Party was baptised. Opposite is the Ostrich Inn, which also dates originally from the 13th century and was used to house the workers who built the church.
Photo by Sue Mackay