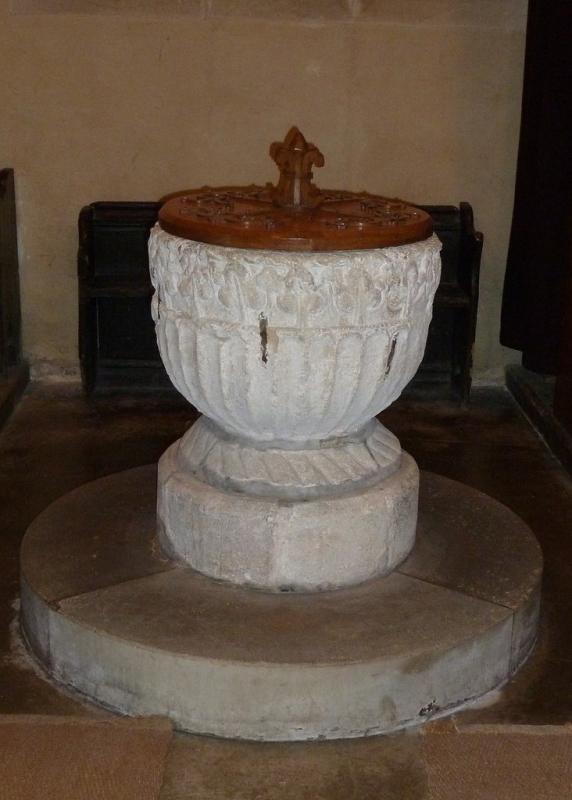 Buckinghamshire
Sue Mackay
St.Mary and St.Nicholas, Saunderton (Font)
The 13th century church was destroyed by fire in the early 19th century and the current building was built incorporating as much of the old church as possible, including restored 14th century windows and doorways. The timber frame of the bell tower is thought to date from the 15th century and the font is Norman. Thomas KEEN is thought to have been baptised in this church. There was a baptism here for a Thomas, son of Thomas and Elizabeth, on 19 May 1793, which fits with his Death Notice. Many trees have Thomas being baptised in Hawridge, but that Thomas never left the village and appears on later census returns.
Photo by Rob Farrow. (CC BY-SA 2.0)
0 of 5 Votes
Download
732 * 1024px 151.47 Kb