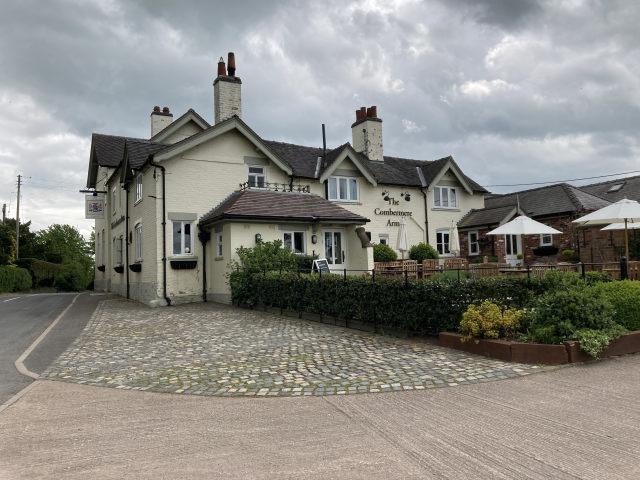 Burleydam, The Combermere Arms. The inn dates from the mid-16th century. By 1820, the road through the village was the toll road to Whitchurch in Shropshire (now the A525), and the Combermere Arms became a popular coaching inn. Richard FORRESTER was born in Burleydam village and baptised in nearby Wrenbury, where his father was a schoolmaster.
Photo by Garry Lavender-Rimmer. (CC BY-SA 2.0)