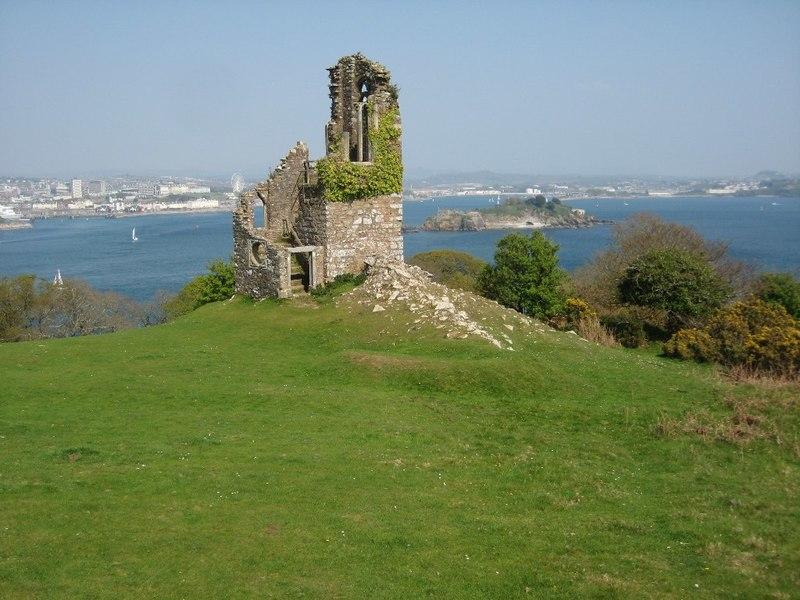 East Stonehouse from the Mount Edgcumbe Folly, built in 1747. East Stonehouse was one of three towns that were amalgamated into modern-day Plymouth. It was situated across the Tamar estuary from Mount Edgcumbe. The parish church of St.George, dating from 1789 and closed in 1957 following damage in WW2, was where Charles KESTELL and Grace WHENMOUTH were married and also where Sarah, daughter of Thomas and Grace BRENT, was baptised.
Photo by Philip Halling. (CC BY-SA 2.0)