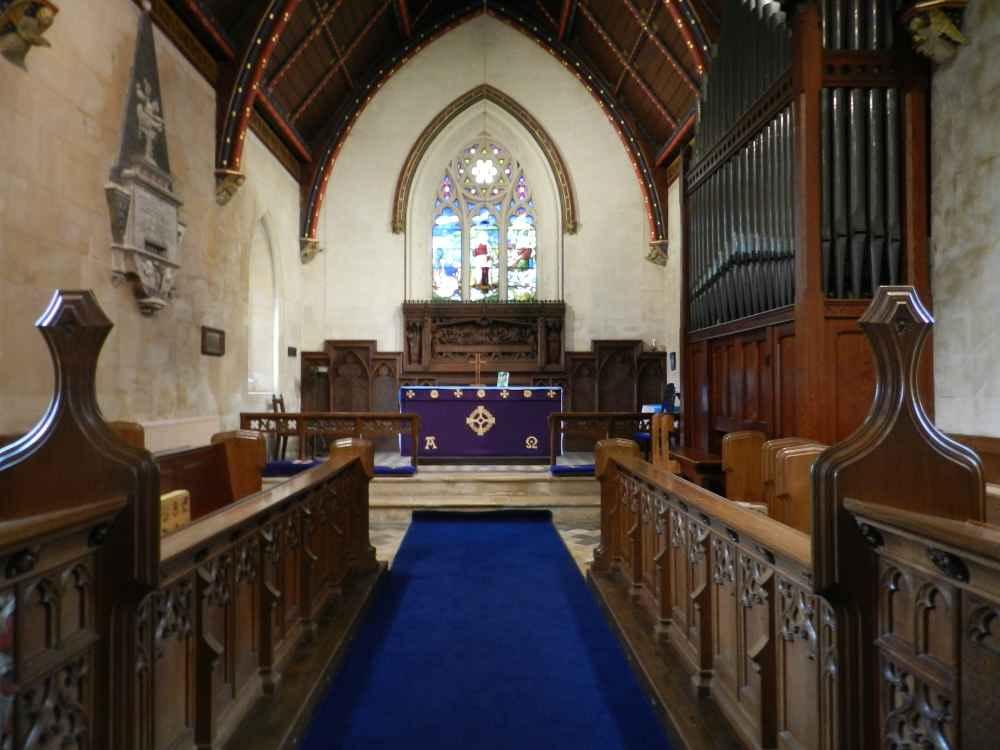 Interior of St.George's, Upper Cam. Thomas BAKER married his first two wives in this church (both being buried here) and several of his children were baptised in St.George's. Thomas BRENT's youngest child was baptised here. Elisha KING was Thomas BRENT's uncle by marriage, and his three children, the settlers Joseph, Henry and Philip KING, were all baptised in St.George's, as were the eldest three children of Richard and Elizabeth BRADSHAW.
Photo by Sue Mackay.