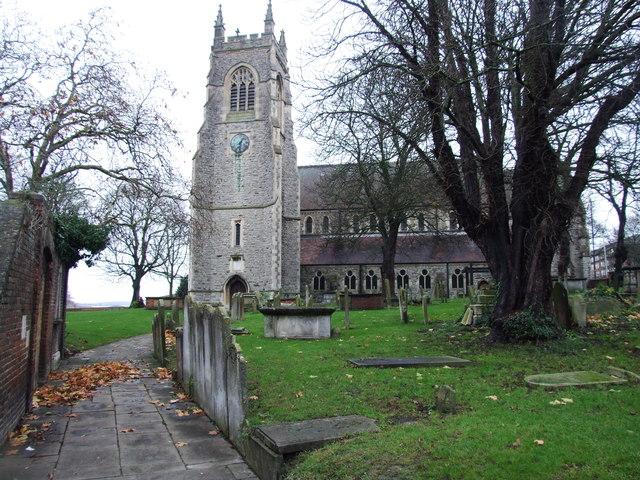 Chatham, St.Mary's Church. The church became redundant in 1974. Charles William Treagose, Letitia Emily and Henry Augustus, children of Charles CRAUSE and Emily BONIFACE, were baptised in this church, which was adjacent to the Royal Navy Dockyard at Chatham, and James Thomas ERITH was also baptised here. Jeremiah HONEY and Ann WEBB were married in St.Mary's, as were John OLIVER and Mary CHAPMAN.
Photo by Chris Whippet. (CC BY-SA 2.0)