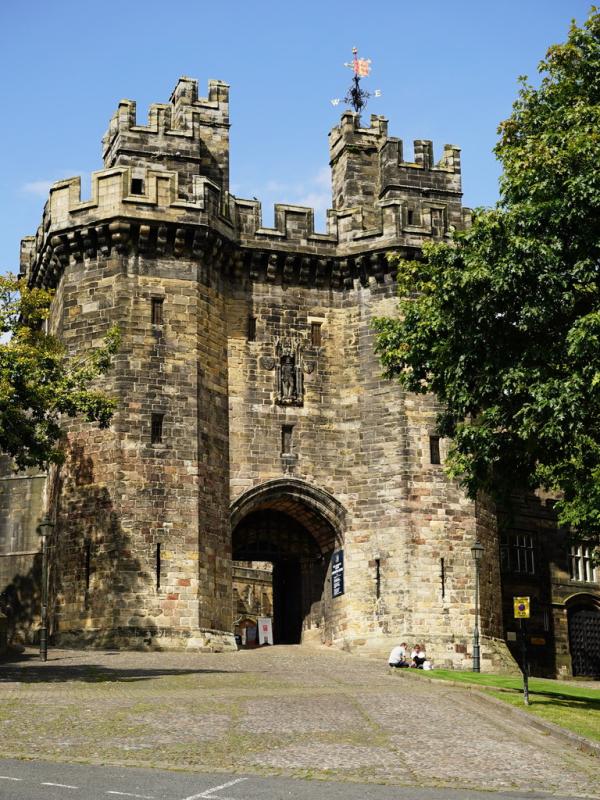 Lancaster Castle, a medieval castle which was used as a prison right up until 2011. The Castle is adjacent to the Priory Church where Robert FOXCROFT and Ann CUMBERLAND were married. Both Robert and Ann were brought up in Lancaster and would have known the Castle well.
Photo by Peter Trimming. (CC BY-SA 2.0)